‘I’m a bit of a sex toy virgin, and had previously only owned a tiny bullet, and I was a little intimidated by the idea of the wand.
It’s mains-powered, so it needs plugging in. The mains lead is quite long, and is fine so long as there’s a plug socket somewhere near where you’re using it. I’m single so I’m using it alone, but I can imagine that you might want a slightly longer cable if you were with another person (or people) for ease of use.
The wand feels very good quality, it’s easy to clean and there a HUGE amount of different vibration settings. One negative is that you can only go forwards through the settings, so if you accidentally move off the one you were enjoying, you have to go all the way through to find it again. Although its more expensive than battery powered vibrators, you do get a lot of bang for your buck (wink) as it is incredibly powerful. (As someone who used their previous vibrator a lot, the money saved in batteries is going to be enormous) Turning it on for the first time was interesting, as I had only been used to my tiny bullet and it felt kind of like going from a toy car to a Ferrari! It can get a little too much for me, but the advantage of some of the settings is that they allow you to take a break and then go hard again! Do be careful using it on someone else though, as it’s easy to overdo things and make them numb.

One other slight disadvantage is that it is noisy, and as someone who still lives at home I have to be careful that my parents don’t think some chainsaw wielding freak has let themselves into my bedroom..
The shape of it makes it easy to switch between all over and more focused clitoral stimulation.

I’m really impressed with it, I’d give it a solid 4/5 so far, and I really look forward to getting to know the different settings (and seeing how long I can last out the strongest setting- it usually gets me off in a matter of seconds!)’ 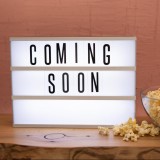 An experienced Online Marketer with 7 years of commercial experience managing both owned, employer’s and client’s marketing. Experienced in working with CRMs, social media, every major advertising platform and experience working, directing, managing & developing strategic marketing plans with budgets from £10k to £150k PA, for companies turning over in excess of £ 2million PA. Thrives when working team and able to maximise the efficiency of the team through understanding every one’s strengths and weaknesses. A recent Belbin test classifies myself as an innovative, driven team player who works in an executive & analytical manner.

You can create a FREE listing today by clicking the CREATE A FREE LISTING button on the menu.

What We Offer – Marketing Services

*Depending on the laws of the target market, audience and location